Webmaster for the greatest websites in the world ♦ June 19, 2013


These videos are part of a series by album cover designer Gary Burden and photographer Henry Diltz. They provide some interesting insights into the creation of album covers back in the late 1960s and early 1970’s. They also provide some interesting bits of rock history related to certain rock stars, including the Eagles, the Doors, Crosby Stills and Nash, Jackson Browne; etc.

Gary Burden is considered a pioneer in the concept of album cover art. He designed covers for many rock stars, such as Steppenwolf, Three Dog Night, The Mamas and the Papas, Crosby Stills Nash and Young, Joni Mitchell, Poco, The Doors, The Eagles, Neil Young, Laura Nyro, and Jackson Browne. His work has been nominated four times for the Grammy Awards. In 2010, Burden won a Grammy Award for Best Boxed or Special Limited Edition Packaging for his work on Neil Young’s Neil Young Archives, Vol. 1: 1963-1972 . Gary Burden contributed to the cover art of such classic rock albums as “Blue”, “Morrison Hotel”, “Hotel California”, “The Pretender”, “Déjà Vu” and “Desperado”; although his all time personal favorite is the cover he did for Neil Young’s “On The Beach”. 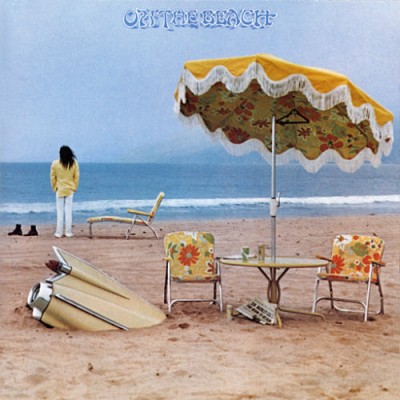