For nearly five decades, Thorgerson designed record album covers for some of the most famous rock and roll bands in the world, including Led Zeppelin, Pink Floyd, the Scorpions, Black Sabbath, Genesis, the Cranberries, Styx, and many, many more. Thorgerson moved album cover design away from simple photos of the musical artist to images reflecting the music on the record album. Although Thorgerson worked mainly with photography, many of his designs are notable for their surreal elements where he would have objects placed out of their traditional contexts. Thorgerson once stated “I like photography because it is a reality medium, unlike drawing which is unreal. I like to mess with reality … to bend reality. Some of my works beg the question of is it real or not?” To this end Thorgerson would sometimes give objects on his iconic album cover designs an awkward appearance while still highlighting their beauty by surrounding them with vast spaces. Thorgerson used an extraordinary coupling of the exotic, the extravagant, and the improvised to convey a sense of magic and wonder in the unrestrained reality that he created on an album cover.

Thorgerson was born in England in 1944 and grew up with Syd Barrett, Roger Waters and David Gilmour, three of the members of Pink Floyd. It is this relationship that ultimately lead Thorgerson to become an album cover designer. The story goes that while sharing an apartment with friend, Aubrey Powell, Thorgerson volunteered, to design the album cover for Pink Floyd’s second album, “A Saucerful of Secrets”; after Powell declined the bands request for help. Thorgerson and Powell would later formed Hipgnosis, one of the most well-known album cover design firms in rock and roll history. Considered by many to be the greatest album cover of all time, Pink Floyd’s eighth record album, “The Dark Side of the Moon” was designed by Thorgerson and Powell at Hipgnosis. Between 1968 and 1983, Thorgerson designed hundreds of record album covers through the Hipgnosis designed firm, many of which are considered some of the greatest album covers of all time.

On 18 April 2013, at the age of 69, Storm Thorgerson died after struggling for several years with cancer. In September 2013, Thorgerson’s final book “The Gathering Storm – A Quartet in Several Parts” was released, featuring album covers, artwork, photographs, and anecdotes, spanning more than fifty years of Thorgerson’s life from his early days at Hipgnosis through his work with StormStudios, the design firm he started in the 1990s.

The following are some of the great album covers that Storm Thorgerson was involved in: 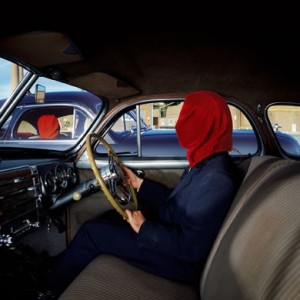 Ian Dury and The Blockheads