Webmaster for the greatest websites in the world ♦ March 1, 2013 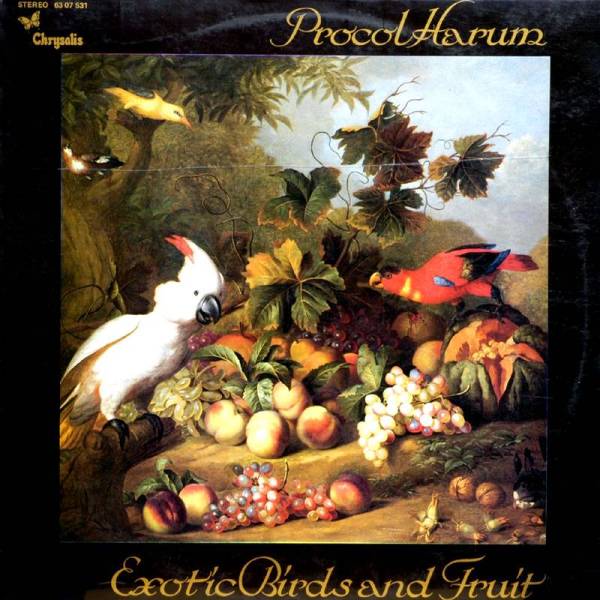 Procol Harum, best known for their classic “A Whiter Shade of Pale”, started out as a quintessential 1960s British Invasion rock band and later morphed into a much more complex and sophisticated progressive rock group. However, of Procol Harum’s eleven studio albums it is their seventh album, “Exotic Birds and Fruit” that has best know album cover.

Released in 1974, “Exotic Birds and Fruit”, while meeting with some critical success, was not a huge commercial success for the Procol Harum. The artwork on the cover of this album is based upon a painting by Jakob Bogdani, an artist well-known for his beautiful exotic bird and still life paintings. Bogdani was born in Hungry in the seventeenth century later moving to Holland and then England. Several of Bogdani’s paintings can now be found in the art collection of the British Royal Family, as well as, in various museums. The album’s name comes from the cover artwork rather than the music itself. The “Exotic Birds and Fruit” album cover is truly beautiful making this a great album cover.